“Are you the networking angel?” 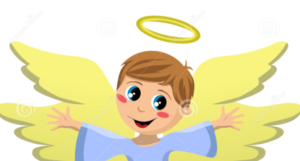 How do we spot her or him sometimes? Networking is about having a generous spirit and the greatest thing any one person can give to another is their full attention .It is generally accepted women are far better listeners than men…it’s just one of the many differences between the behaviours of the two genders when networking. Other traits of angels are

·      They behave like ‘host’. Hosts aim to include as many people as possible

·      You generally see open-formatted groups although, as a natural tendency, women tend to stand in close formats. The reason is they give their full attention to the listener. The only problem with this is others tend to think the woman and her companion are having a private conversation and no-one is likely to join.

·      Angels are welcoming. When they see people on their own their standard opening line will be ‘Would you like to join us?’

·      Angels are good at introducing people. ‘Mary let me introduce you to Jill. Jill goes up hills and collects pails of water. Jill, Mary has a fascinating career. She is a shepherdess and has this amazing ability to get the sheep to go wherever she goes.’

·      Angels give their full attention to people to whom they’re chatting. They don’t look over their shoulders and behave like Bill Clinton. Anyone who has met him will tell you it is an unforgettable experience. Each person says, ‘When he spoke to me I felt I was the only person in the whole world’.

·      Angels have a positive attitude to peoples’ names. They listen for the name; use it and when it is time to introduce one person to another there is no embarrassment.

·      When an angel joins a group where they know someone and that someone doesn’t introduce you it is because that person has forgotten the names of the other people in that group. The angel will ask if they can introduce themselves.

·      Angels are reliable people. When they promise to send you some information which could be useful to you or promise to introduce to someone to your mutual benefit they will do

Do you have any questions? Would you like to enquire about business networking? Please do get in touch!

This website uses cookies to improve your experience while you navigate through the website. Out of these cookies, the cookies that are categorized as necessary are stored on your browser as they are essential for the working of basic functionalities of the website. We also use third-party cookies that help us analyze and understand how you use this website. These cookies will be stored in your browser only with your consent. You also have the option to opt-out of these cookies. But opting out of some of these cookies may have an effect on your browsing experience.
Necessary Always Enabled
Necessary cookies are absolutely essential for the website to function properly. This category only includes cookies that ensures basic functionalities and security features of the website. These cookies do not store any personal information.
Non-necessary
Any cookies that may not be particularly necessary for the website to function and is used specifically to collect user personal data via analytics, ads, other embedded contents are termed as non-necessary cookies. It is mandatory to procure user consent prior to running these cookies on your website.
SAVE & ACCEPT